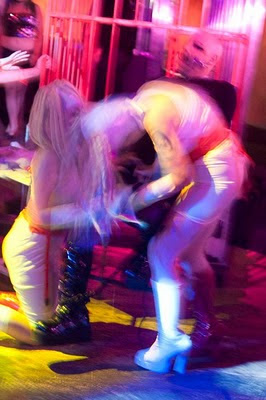 Obviously it has been My main interest lately.  Our show went swimmingly, and our castration was a fantasy come true for Me.
This is a picture from that scene, Reverend Arielle restraining the patient while I am sawing away at his family jewels!
Once it had been completely removed, we took off the patient's gag and made him eat the terrible thing that had been wrecking his concentration, and causing him to be such a poor slave- out of a dog bowl!
Now he has no problem thinking only about Me and how he can serve!
We began by outfitting him in his own nurse's outfit... without that pesky junk in the crotch it fit very nicely.  Of course he had to stay hobbled till he is completely healed... wouldn't want him running away!
We really had too much fun at this show.
Aren't you sad you missed it?

Well, maybe you'll have another shot next time! 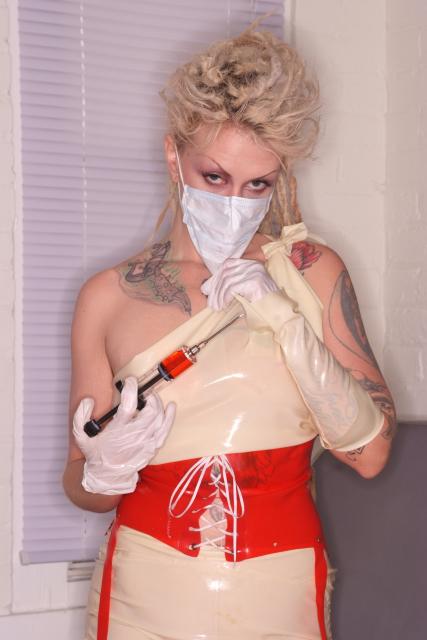